THE LITTLE ROBOT WITH A BIG SUPERPOWER

Conceived by MB&F, developed and crafted by L’Epée 1839 manufacture, Sherman is the result of Maximilian Büsser’s on-going quest to revisit his childhood, during which he hankered for a robot friend, and of l'Epée 1839's engineering and clockmaking know-how to bringing those ideas to life.
Sherman, your little robot companion feels alive, with his eyes carefully looking at you, and his arms ready to embrace you. This robot-clock is a playful object, it can roll on your desk and you can also play with his arms.

Inspired by Max Busser's childhood, sherman doesn't walk, talk, weld cars, or roam Mars. He doesn't try to kill Sarah Connor, help Luke Skywalker, warn Will Robinson, vacuum the floor, star in feature-length films, or enforce the law. In fact, Sherman really only does two things, but he does both extremely well.

Sherman tells the time, and he makes people smile, which is probably the world's most useful and (emotionally) valuable complication. That's a superpower!

“A long time ago in a galaxy far, far away, man’s best friend was his robot,” says Büsser. “As a ten-year-old fan of Star Wars, I knew that Luke Skywalker could never have prevailed had it not been for droids like R2-D2 – a loyal, resourceful, and brave robot who was always saving his friends. As an only child, I imagined having my own robot companion and Sherman (like Melchior before him) makes that childhood fantasy a reality.”

Working from designs supplied by MB&F, L’Epée developed Sherman's body using its eight-day, in-line movement as a structural base. Sherman is no normal clock; he is a robot with a mission: to make the world a happier place. 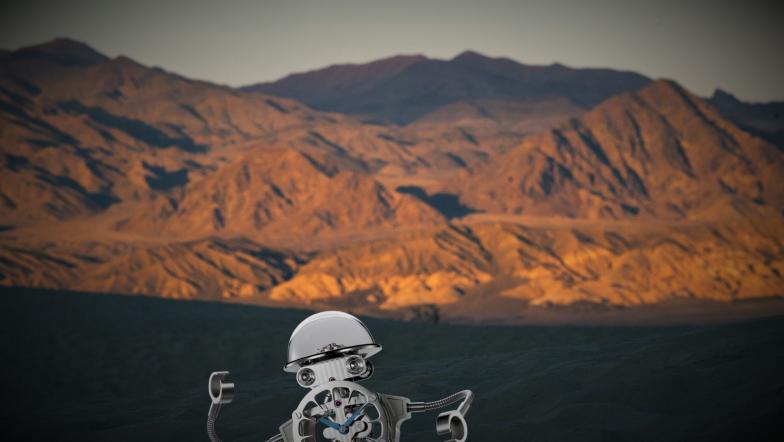 Sherman's mechanics are based on a L'Epée 1839 in-line eight-day movement, which ensures that the friendly tank-treaded table clock can display the correct time on his chest for more than a week before requiring rewinding.But Sherman is not simply a clock inside a robot, but an integral and holistic robot-clock.

The mainspring barrel bridge extends down to support his tracks, movement spacers act as shoulders for the arms, and his eyes are bolt heads supporting the regulator. The movement plates and bridges of the clock also make up the skeleton and body of the robot.

The transparent blown mineral glass dome on Sherman's head reveals his mechanical brain, which is actually the regulator controlling the precision of the robot's time
Sherman's arms can be manipulated into nearly any configuration, and his hands can be used to hold items like a pen or his winding key.
And while Sherman doesn't walk, his rubber caterpillar tracks are fully functional and, with a little help from a friend, he can roll over the rugged terrain of a typical office desk. 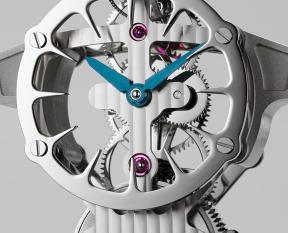 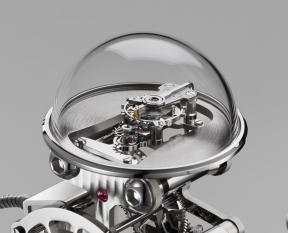 Sherman's brain and its escapement 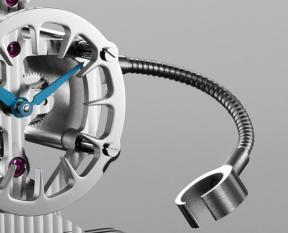 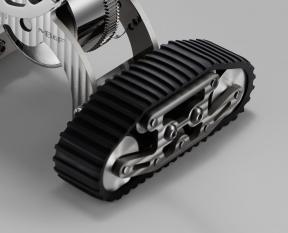 Double-depth square socket key sets time and winds movement at the back of clock
Sherman's arms can be manipulated into nearly any configuration, and his hands can be used to hold items like a pen or his winding key. 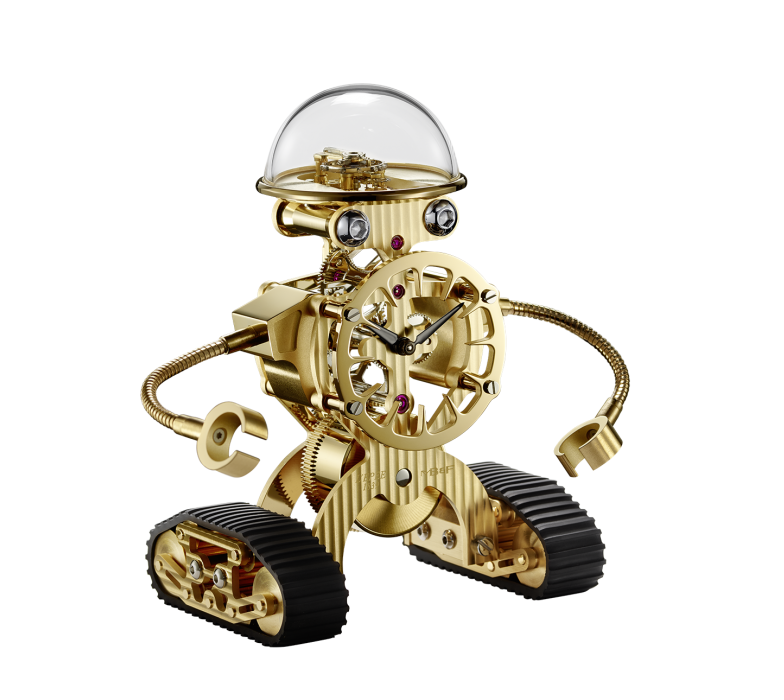 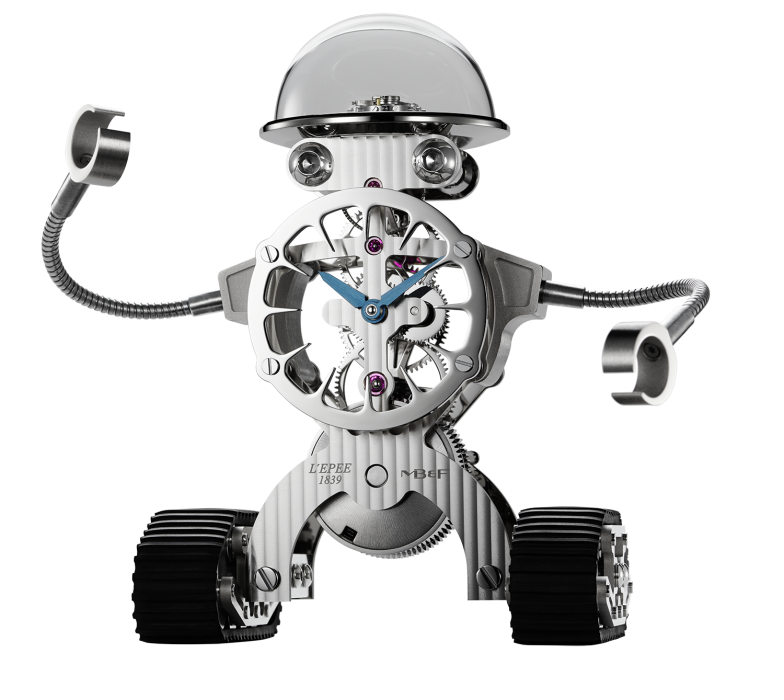 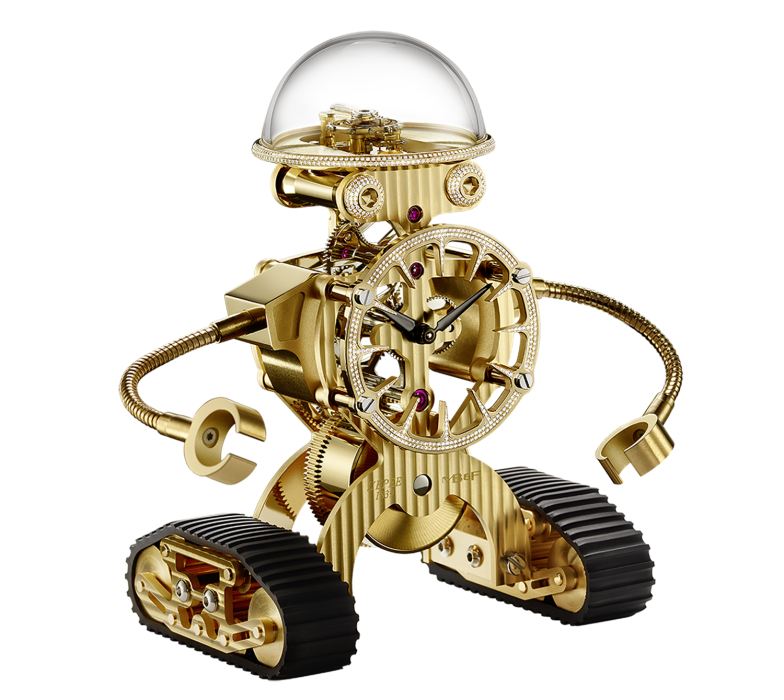 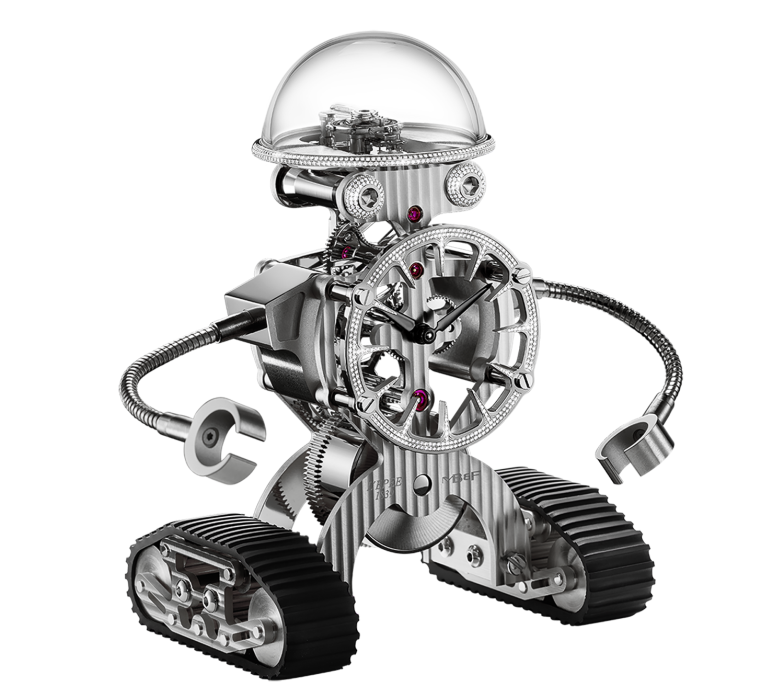 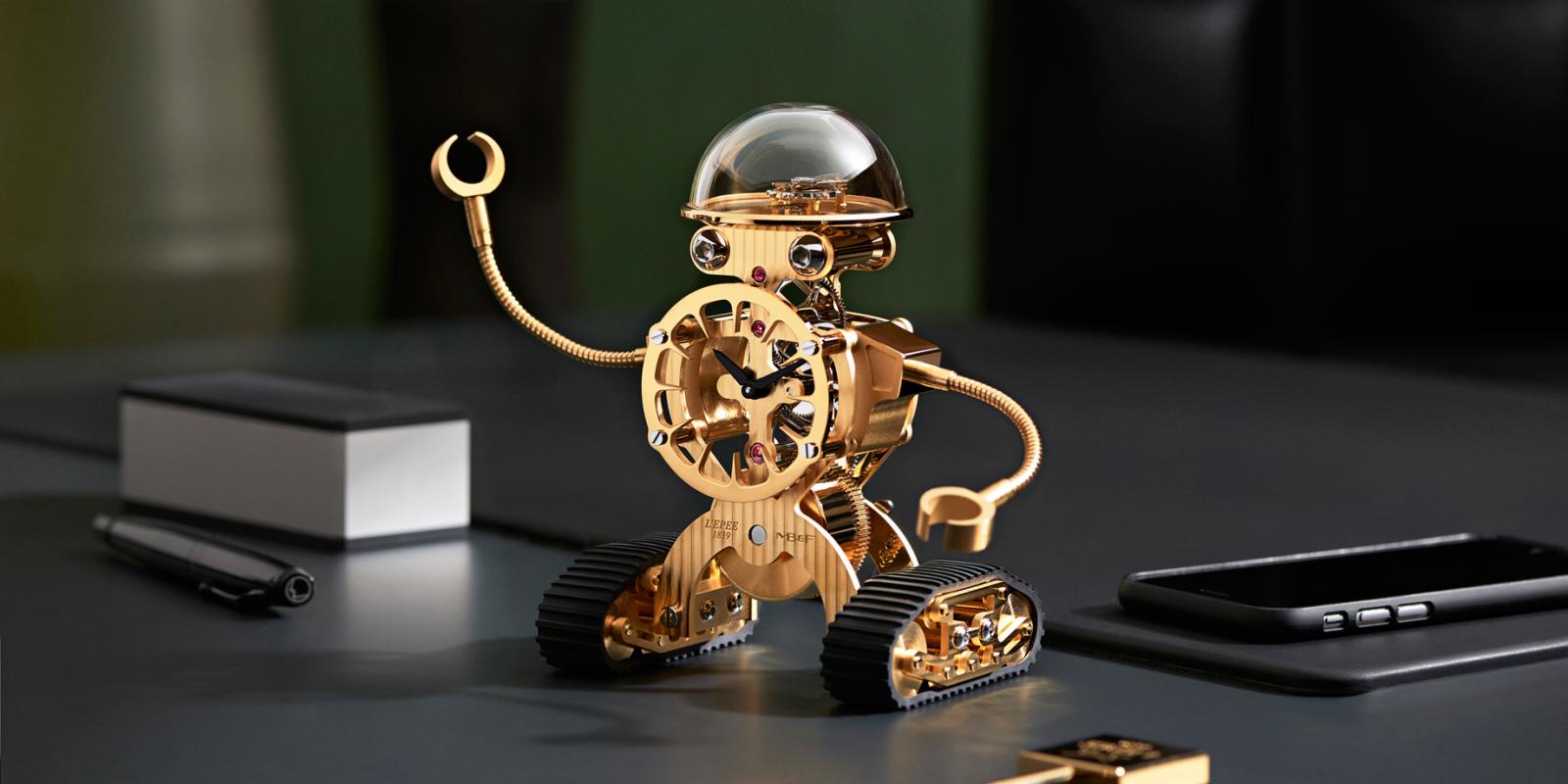 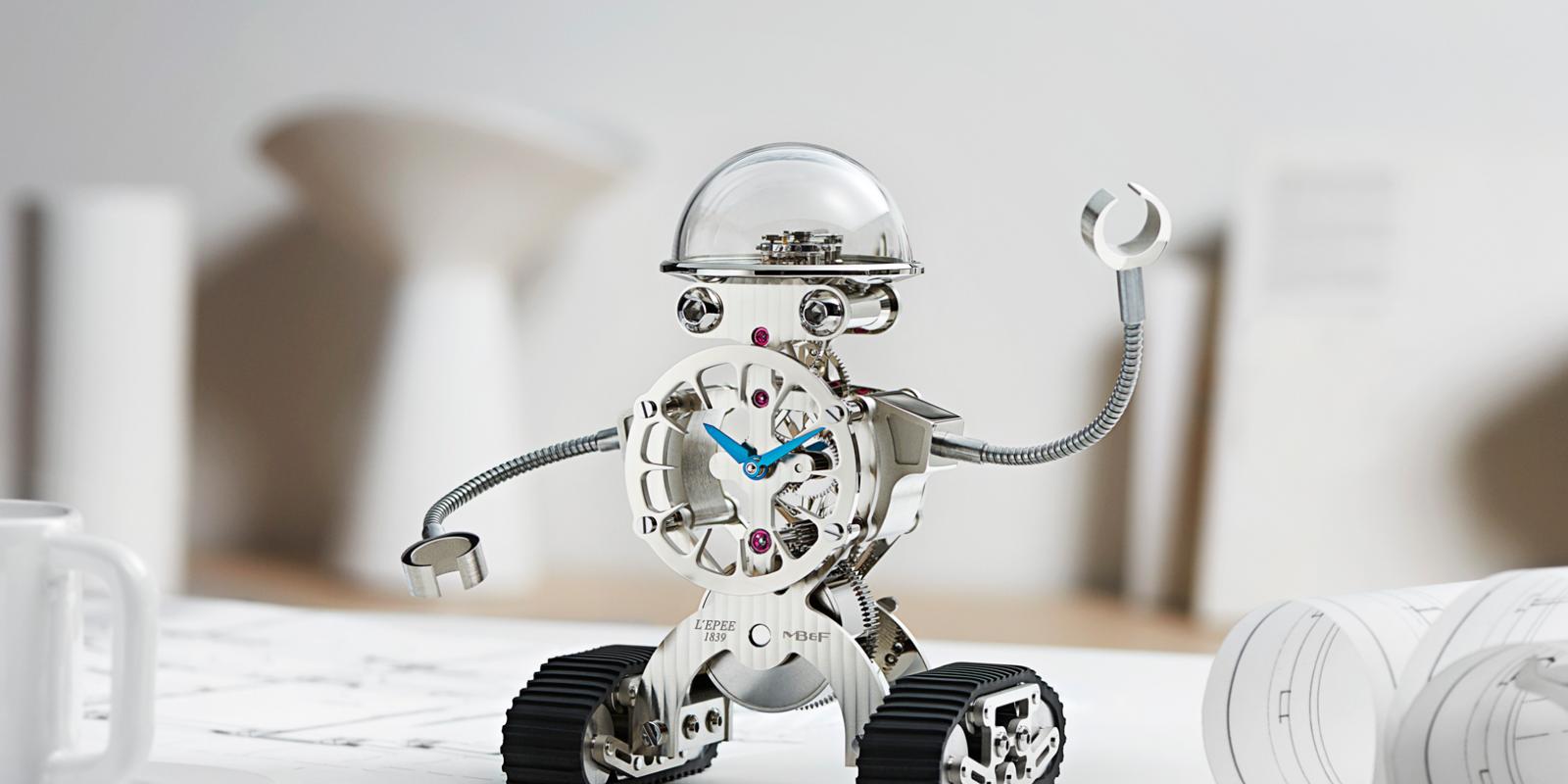