The ultimate carriage clock now in a skeletonized version

Both in England and in France from the middle of the 18th century, the gradual evolution of marine timekeepers (chronometers) could be regarded as a facet in the development of portable clocks designed for journeys.

This Anglaise carriage clock has all the complications that the noble people were wishing to get during the 18th century. On this particular timepiece, L'Epée 1839 has come up with a magnificient skeletonized dial.
A traditional piece of art created by L'Epée 1839, who wishes to perpetuate the tradition and save its heritage by keeping alive this carriage clock.

This classic masterpiece is available with various complications such as Strike, Repeat on demand, Alarm, Day-Date and Moon Phase indications. 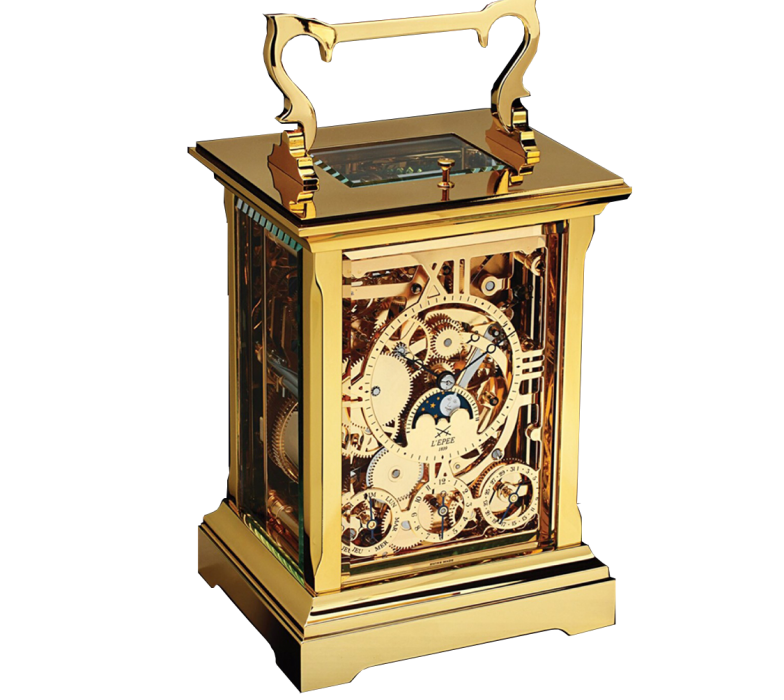 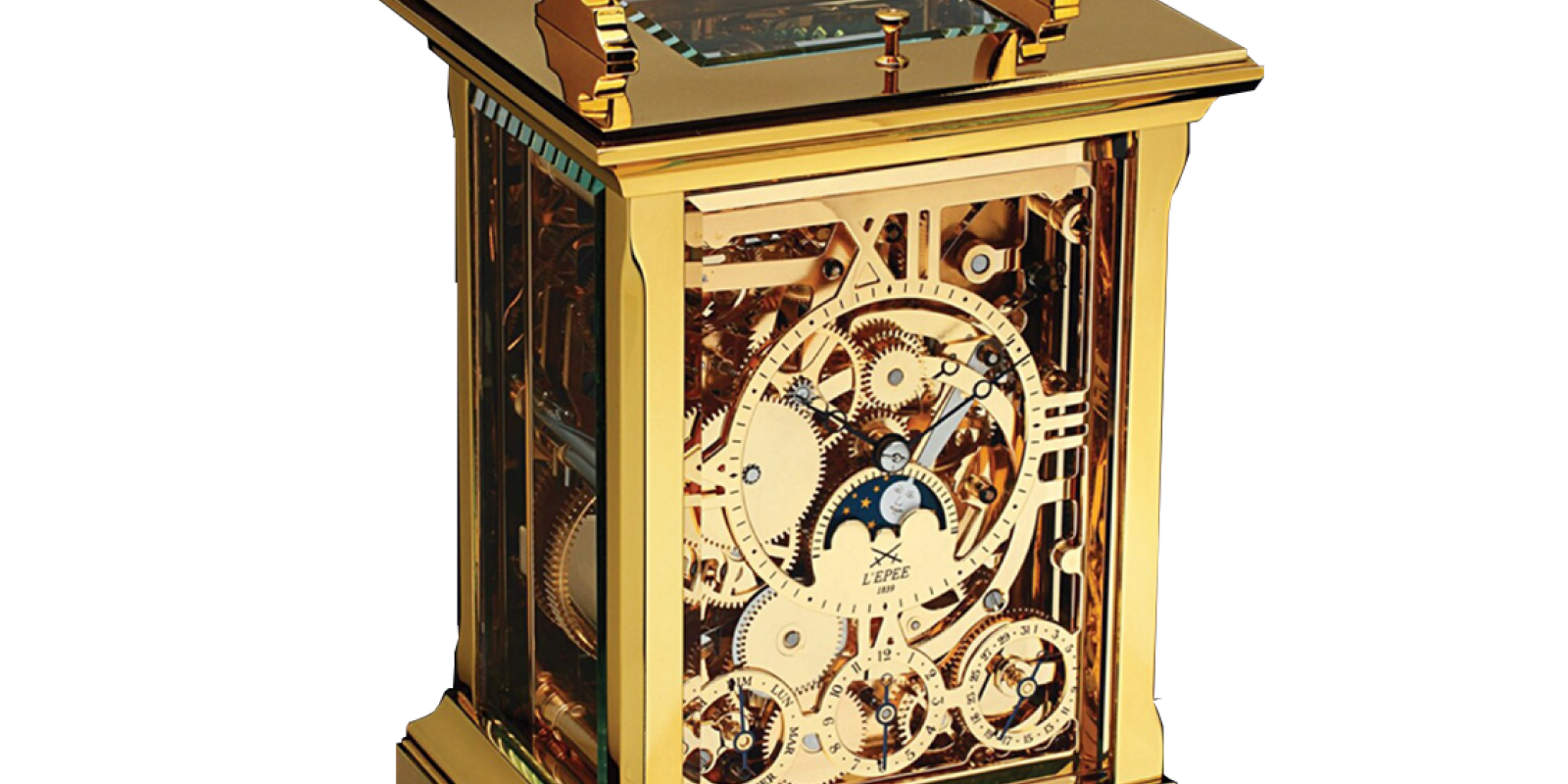